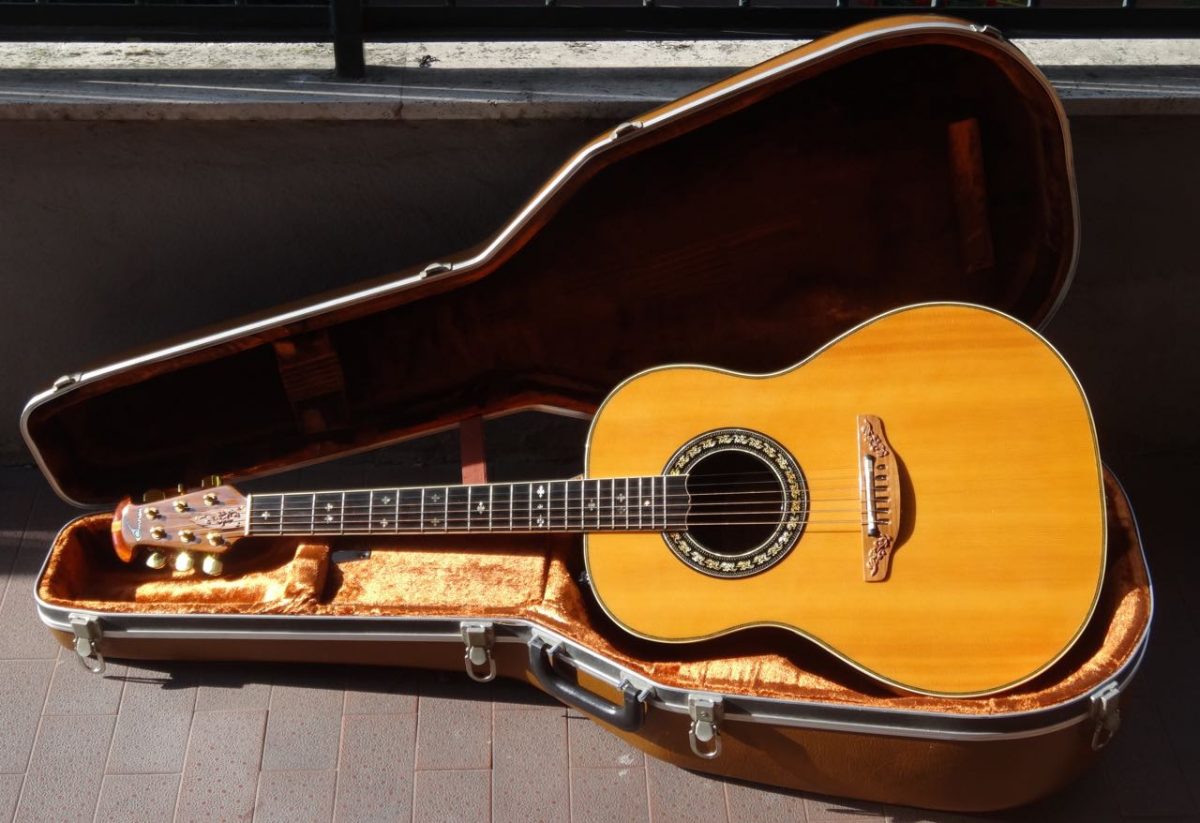 The Ovation 1657 Anniversary has a bizarre story: designed in 1977 to celebrate the 10th anniversary of the company, was in fact put for sale in 1979 and remained available until late 1982 (the last examples received the new Kaman bar so they lack the elegant carved trussrod cover).

I love the Anniversary for the herringbone trim, the different rosette, the fine neck inlays, the carved bridge and trussrod cover. And the sound. In my opinion this guitar represents one of the best early Ovation projects. See the original brochure and an interesting thread on the Ovation Fan Club forum.

My Anniversary is a fantastic looking (and smelling!) guitar in a rare natural finish and unbelievable mint condition. Bought in August 2014 thanks to Kevin Grant, who shared the eBay sale on The Ovation Instruments Collectors Board.

When I first strummed it the sound was somehow rubbery, but I immediattelly noticed that the trussrod was fully loose, in fact the neck had a significant bow (it always surprises me that so many guitarists can use totally out of setting guitars). I put on a set of my D’Addario 012 and started tightening the trussrod, 1/4 turn per day, until the neck assumed the shape I like, with just a minimum of relief. Then I added one fiber shim under the saddle to obtain a correct action. The sound changed dramatically, the 1657 plays easily as an electric guitar and sounds awesome, producing good volume and sustain, with a persistent and sparkling tone, solid basses and a pleasant twang.

This Anniversary is the best playing and sounding wood top Ovation that I owned over the years.