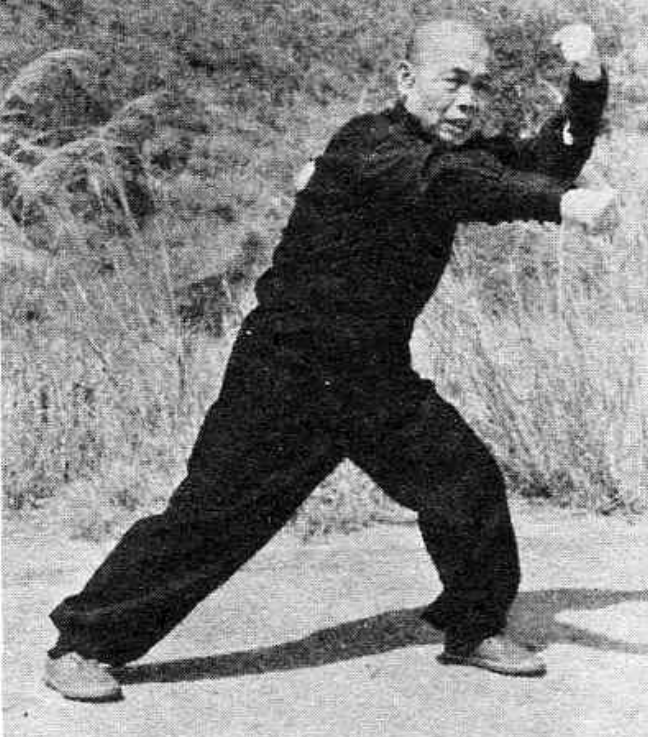 Hung Kuen stances: a correct execution is the most important assumption for the serious student. In every martial art the forms are basically a symbolic (if not “metaphoric”) way to avoid the contaminations, aimed to keep and hand down the set as pure as possible. But every student should know that – albeit in a full respect of the tradition – a significant quantity of realism must be kept in the practice. Master Chan Hon Chung granted a great importance to this realism, that was part of his teaching starting from the stances, the actual pillars of the whole system. The old master always pushed us to keep realism in our practice of the forms, explaining that the Hung style is not about dancing or showing off, but it’s about fighting, for real.

If one thinks that the beauty of the Hung Kuen system comes from its efficacy, he should consequently acknowledge the common frills and misconceptions that pollute the pure essence of the style, rather focusing on its martial essence, avoiding the traps that can move him away from the “real thing”.

In my experience one of the main traps bringing to wrong habits originates from the standard description of Hung Kuen: “a style based on strong, low stances”. These adjectives – although technically correct – can give way to a common misinterpretation: “the lower I go, the better (or “the more hungkuenish”) I am”. This mistake produces stances that are static, inefficient, difficult to get out from, illogical and – what’s worse – potentially dangerous to the locomotor system.

Take for example the “sei ping mah” stance. Executing it with the thighs parallel to the ground – as many students proudly show on the social media – overloads muscles and tendons, creating such an unfavorable angle on the joints that the proceeding to the next position will require an unreasonable quantity of effort and time, adding a harmful load on the joints. The following picture shows a typical wrong execution of this stance:

Even the “ji ng mah” is often affected by this race to an unnatural overlowering. This mistake requires an extra rotation of the rear foot, an innatural anteversion of the pelvis producing a dangerous curve on the lumbar spine. Also, the open waist points to a side instead of pointing forward, spoiling the accumulation and explosion of energy. Last but not least, the uneven contact of the rear foot with the ground, usually on the inner edge, moves the center of balance thus making the stance unstable and unefficient. A wrong execution: 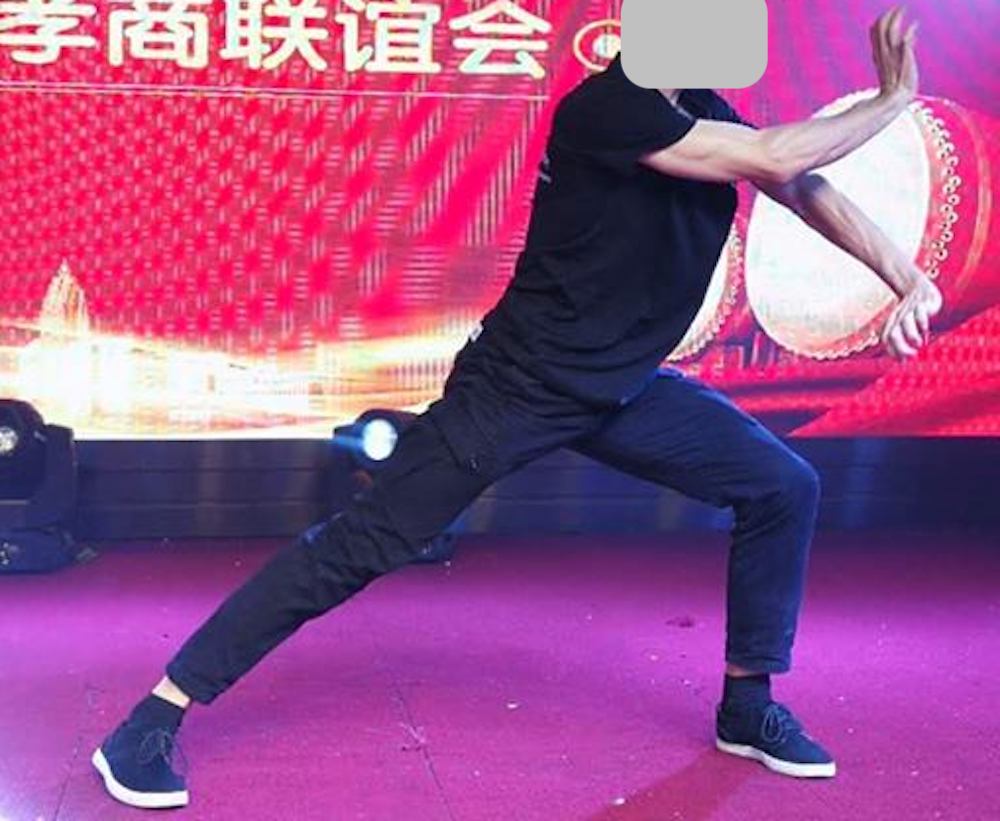 Last but not least: “diu mah”, a stance that looks so cool and “martial” that nearly every combat style has it, each one with a specific poetic name and of course its peculiar mistakes. The following video is precious, because it summarizes them all (from an Hung style point of view, but I’d dare to say from any realistic martial point of view), making any further explanations unnecessary  🙂

At this point the question is: how can I defend myself and my Hung Kuen from the bad habits? In my experience I noticed that a wrong execution of the stances starts from a lack of consciousness of the waist, bringing to a wrong feet position (thus spoiling the peculiarity of Hung Kuen stances and messing up the whole body). From this consideration follows an idea for training the stances: the best and natural starting point for executing correct stances is focusing on a correct position of the feet, the  foundations of the art.

Let’s go back to the three basic Hung Kuen stances: “sei ping ma”, “ji ng ma” and “diu ma” (from now I will call them stance 1, 2 and 3 for simplicity). Yes I know, there’s other stances (single legged, cross legged, etcetera), but 1, 2 and 3 are in my opinion the real pillars of Hung Kuen and share some extremely important common principles:

Let’s see the stances in details, one by one. 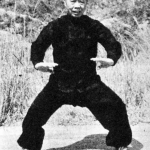 Stance 1 – the feet are parallel,  approximately twice the shoulder width apart. The weight is naturally distributed on the whole sole with some pressure on the forefoot, the fingers are slightly grabbing the floor without creating muscular tension. The thighs form an angle of about 45° with the ground and the projections of the knees fall on the big toes.  The pelvis has enough posterior tilt to straighten the back, but not too much.  The neck is straight and the head is held high. 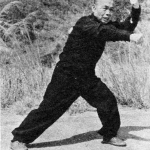 Stance 2 – This is a tricky stance. In theory it is as an L: bent front leg, front foot pointing inside, rear foot pointing forward, rear leg straight. In fact this is pure theory and in every picture or video the great masters of the past show stances that are way less stereotyped. In our gym, Nathan Road 729, the rules were: (a) front foot pointing inside 45°-60°, (b) front leg bent 45°, (c) front knee projection falling on the big toe, (d) rear leg 90% straight, (e) rear foot pointing forward as much as possible. Following these rules, the feet will always converge and the weight will be naturally but actively distributed 60-70% on the front leg and 30-40% on the rear leg.  The waist is perpendicular to the striking line, with enough posterior tilt to straighten the back, with the upper body slightly leans forward to prevent a bad curve of the lower spine.  The neck is straight. 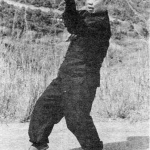 Stance 3 – The most used, showed and photographed position in the martial world, so cool to show off that nobody wants to give it up. In our family it’s executed keeping the feet somehow parallel or very slightly convergent, at an angle of about 45° with the striking line. The rear leg is half bent and the tip of the front foot touches the ground with nearly no pressure, because the weight is 90-100% on the rear foot. The pelvis has enough posterior tilt to straighten the back and is perpendicular to the striking line. The shoulder and torso can rotate for executing some strikes.

This is it: surely not a revolution, only the good old common sense driving the legacy of master Chan Hon Chung. Tips – rather than rules – to be executed with self-awareness, good proprioception and mental agility, always bearing in mind that the Hung boxing is never static: weather the practitioner is in active steadiness (留 – lau4), is finalising a strike (訂 – dehng6) or is translating to another combat situation.

Any cookies that may not be particularly necessary for the website to function and is used specifically to collect user personal data via analytics, ads, other embedded contents are termed as non-necessary cookies. It is mandatory to procure user consent prior to running these cookies on your website.