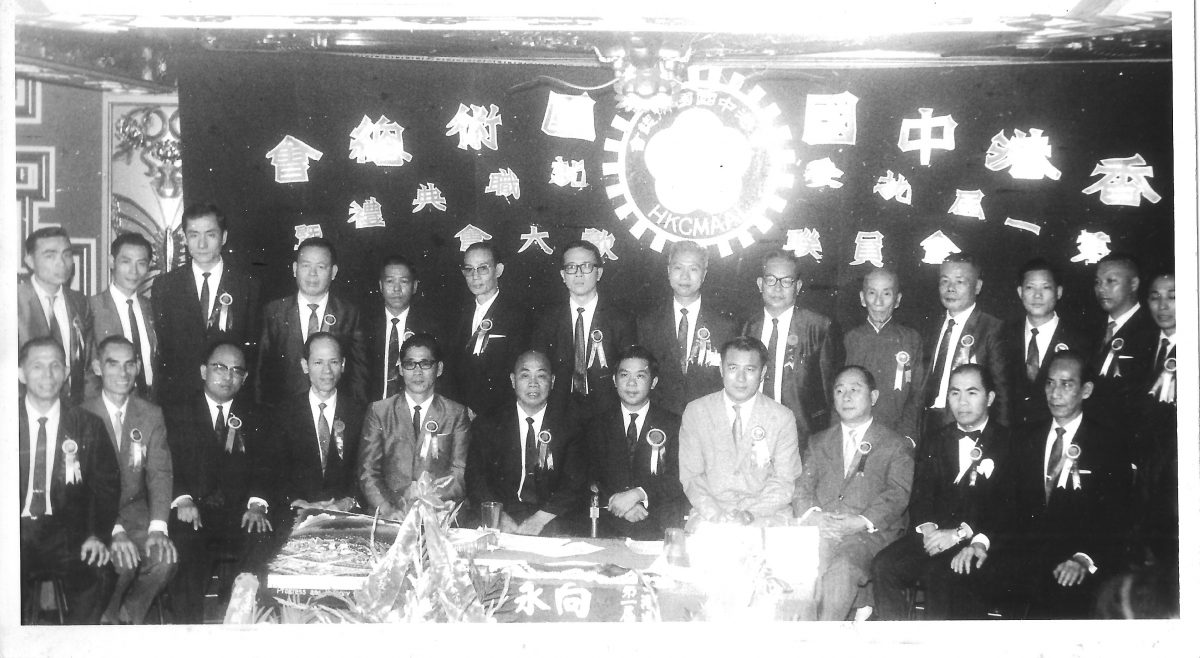 This post is about how I got hold of this original picture taken in 1969 at the fist official meeting of the “Hong Kong Chinese Martial Arts Association Ltd” (renamed “Hong Kong Chinese Martial Arts Dragon and Lion Dance Association Ltd.” in 2006), inspired and founded by master Chan Hon Chung. The picture has an extra value added by a figure in the background, a man bound to become a kung fu legend after his death.

Foreword. From the late Seventies for more than a decade, I spent all muy summer holidays in Hong Kong, living at Hon Chung Gymnasium, 729 Nathan Road and learning the Hung Kuen kung fu from master Chan Hon Chung. While there, I always had my Nikon F camera at my fingertips, shooting at the elder brothers training and occasionally at master Chan, on the rare occasions when he showed up in the training room.

While in Hong Kong I took thousands of pictures, most of them in  the gym, creating a huge archive with the sequences of the forms performed by the elder brothers  and of the life in the Hon Chung Gym, with the tailors, the travel agency, the”chef”, the afternoon mahjong, the late night dinners of the students. 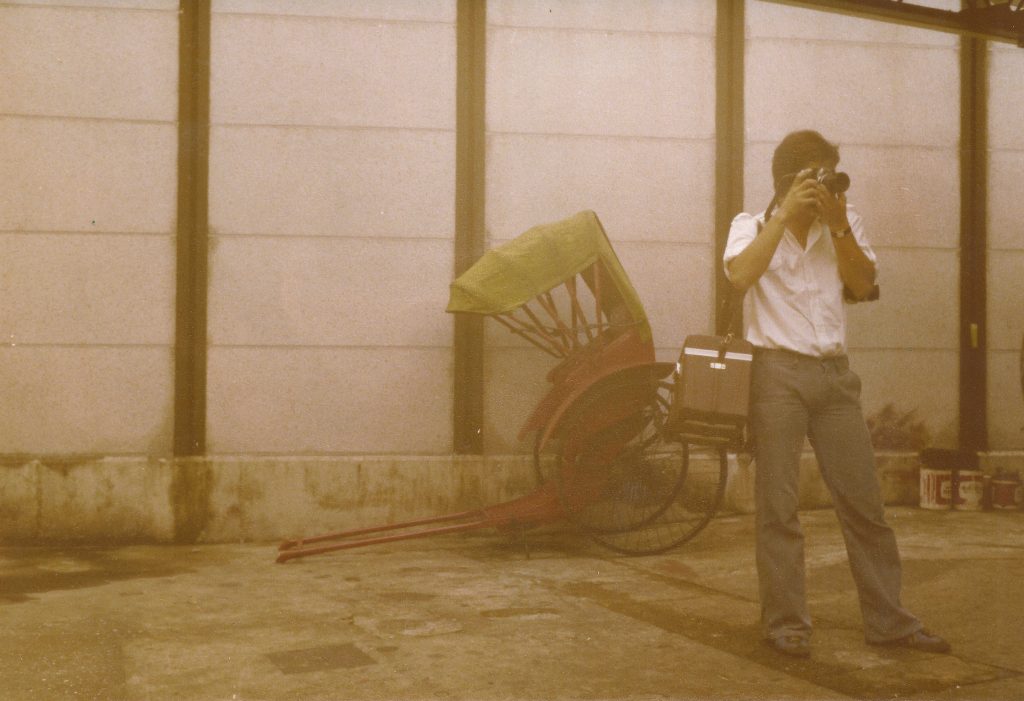 Back in the days the standard slide film was the Kodak Ektachrome, expensive in Europe, way cheaper in Hong Kong, so I always developed them right after rewinding each roll. This habit gave me the opportunity to show them to master Chan, who was an addicted “picture freak”, who could not resist being in pictures and watching pictures. In his studio there were piles of pictures, mostly b&w, showing him in every kind of official occasions.

I was a decent photographer and master Chan enjoyed my shots so much that he frequently asked me if I had any new ones to show him. Most of the times i did, so eventually, to make the show more enjoyable for him, I bought a small portable visor, so he could study them carefully in full comfort.

He was always very concentrated while watching the technical shots of the si-hings performing the forms and usually pleased with what he saw. But one time he noticed a few pictures of one of the students (whom I am not going to mention for obvious reasons, anyway not Keung Gor nor Chairman Wai) that he did not like, because he thought that the form shown was not correct. He was really disappointed and after repeating several times the gesture “no” with his finger alternatively pointing at the picture, he called brother Arthur Chan (who was my official interpreter) and asked me explicitly to destroy them. I tried to explain I was not going to show them, that I just wanted to keep them as a souvenir, but he was irremovable: I had to take the scissor, cut the indicted slides in two and trash them.

I was very sorry for the episode, so difficult to understand for me, a young Westerner, far from understanding the somehow fuzzy Chinese mentality. But fortunately the story did not end in the trash bin.

The next morning Arthur joined us at the tea house. After the first cup of sau-mei tea (I drank master’s favourite tea when we had yam-cha together, instead of my po-lei), with my great surprise, master Chan gave  me an envelope containing a selection of original pictures of himself in various official occasions. Arthur was there to explain  that master Chan was sorry for the request to destroy my slides and was grateful because I fulfilled his request, so he wanted to compensate me.

I was moved. Most of the pictures were official scout meetings (master Chan was chairman of hundreds of things, including the Scouts of Hong Kong), nice but nothing special from a martial point of view. But two of them are jewels, because they have been taken in 1969 at the first official meeting of the Hon Kong Chinese Martial Arts Association Ltd. of which master Chan was founder and chairman. The first one shows him during his inauguration speech: 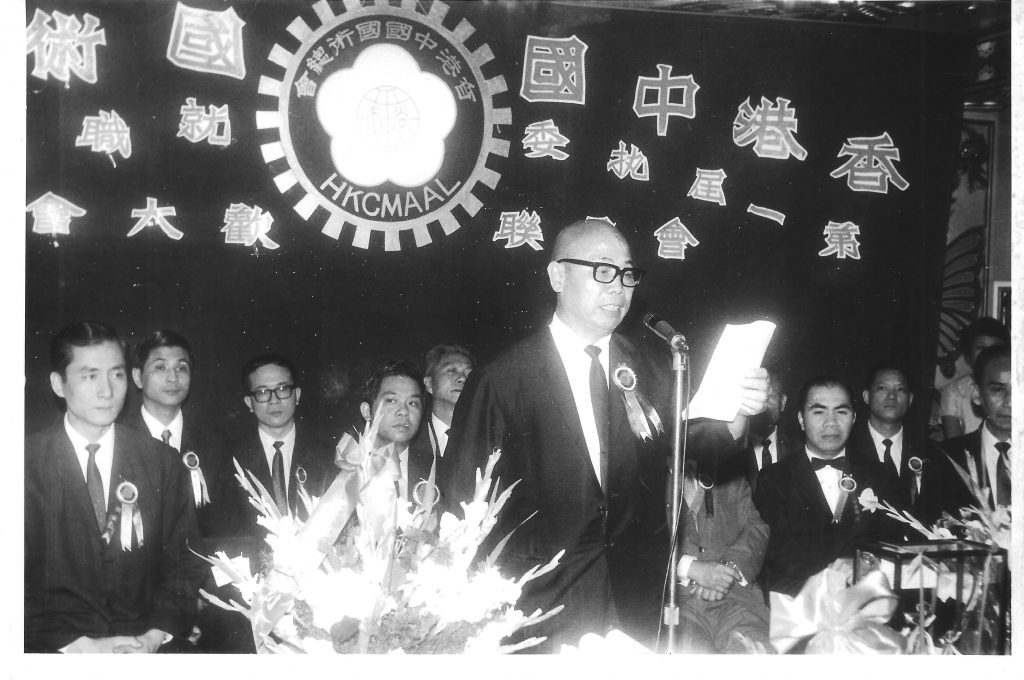 and the second one shows the full original committee. Master Chan is the sixth from left, first row, but if you look carefully you will recognise another person in the second row, the fifth from left: master Ip Man.

The funny detail: I had not noticed the “Chan Hon Chung meets Ip Man” connection in this picture until recently, while showing some old pictures to my Hung Kuen nephew Luca Nachiro: he immediately noticed the famous Wing Chun master in the back row and pointed at him enthusiastically.

Another small treasure from my Hong Kong days.

The end of a tyranny. #meltingpot #russia #putin