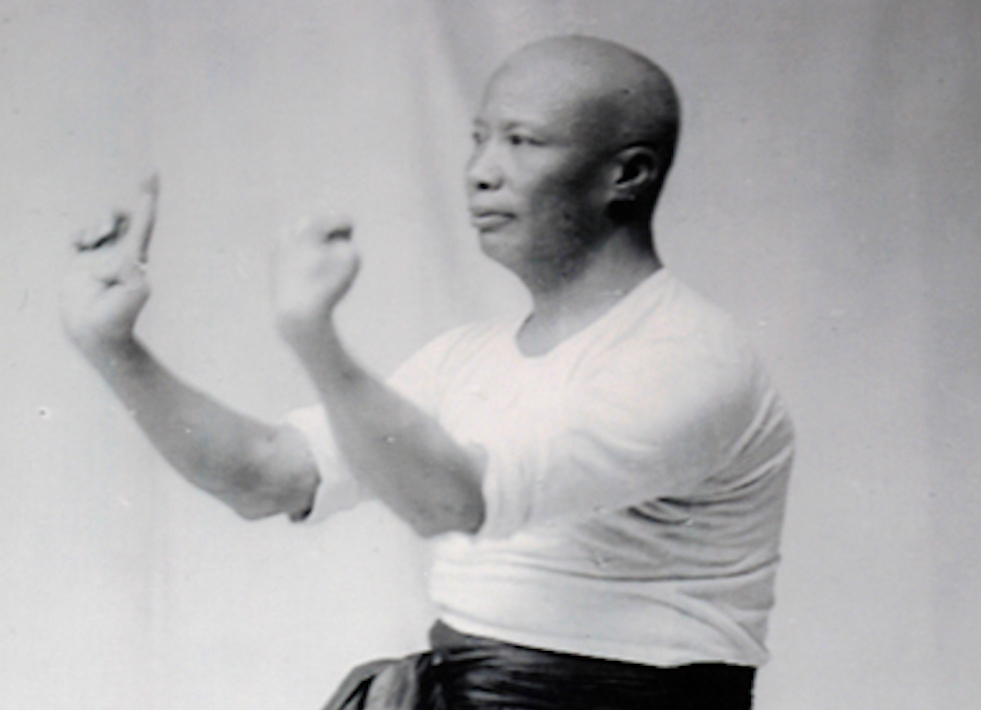 This interpenetration shows itself with ever greater clarity to the Hung Kuen practitioner that improves the quality of his art with time, dedication, practice and constance. And dismantles the poor simplification that divides the martial arti in between “internal” and “external”, so ungenerous towards the complexity of the Chinese kung fu, yet so widespread not only in the West.

I want to say it clear: every martial art is an inseparable unity of exterior and interior, that is body with its vital functions, thoughts and emotions. Every gesture of the martialist is the result of a complex whole that for no reason can be split. No martial arts – from tai chi to MMA – can live without an internal or an external component, and no martial art can be only yin or yang.

In this vision of unity, the Twelve Bridges are a complex set of methods and strategies to connect with the opponent, taking advantage of his weaknesses to gain the full control of the situation and eventually defeat him.

But the Twelve Bridges are not specific techniques (“put your hand like this” or “assume this position”), how could they be?, rather they are different ways of feeling the opponent and adapting to his peculiarities to overcome him.

Consequently the Twelve Bridges are not “techniques” that can be trained per se, rather they are ways to bring one’s martial patterns from a conceptual condition in the real life, adapting them to the contingent situation.

I discussed the meaning and the Twelve Bridges in one of the live streamings dedicated to Tit Sin Kuen that I made during the sad days of the coronavirus. I summarised them as follows.

In the 26th video of the playlist about Tit Sin Kuen I tried to explain how to discover the bridges hidden in the Hung Kuen forms and use them for a better understanding of the art and a more productive training.