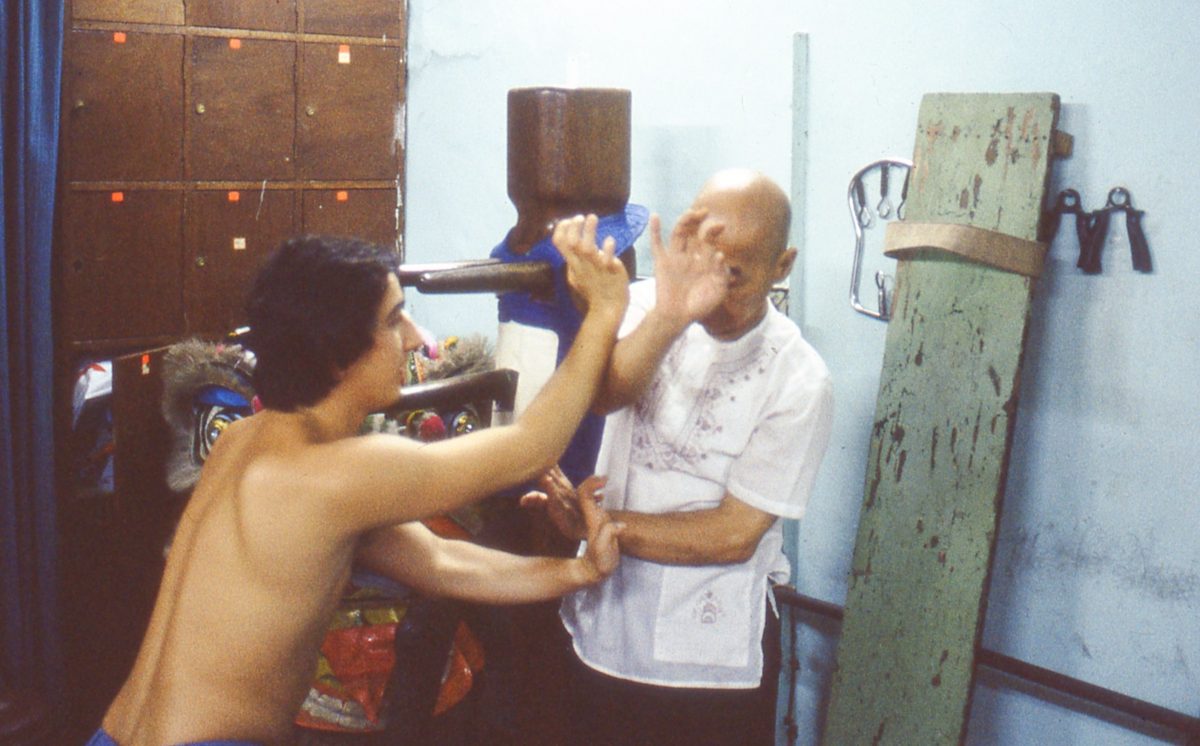 This article considers the necessity of a conceptual approach to Hung Kuen forms execution to preserve the purity of the style as taught by master Chan Hon Chung in his gym at 729 Nathan Road. I studied with master Chan from 1977  until the shutdown of the Hon Chung Gymnasium, then in my elder brother Cheung Yee Keung’s clinic.

I recently decided to hand down to a selected number of young friends what I learned and understood in 40+ years of daily practice. The desire to pass the art as uncontaminated as possible brought me to reconsider every detail from a different perspective, with the intent of avoiding unconscious changes and arbitrary superstructures. The path to the essence of the art is sprinkled with traps. Worried as I was that my memory could mess up something, I started surfing the Internet to verify my forms with those of other Hung Kuen practitioners in the proximities of my family, such as teachers who learned from my elder brothers and/or their students.

To my astonishment almost the whole of what I found is unfamiliar and unfitting with the Hung Kuen I learned in Hong Kong. Before proceeding, I want to point out that I have no critical intents towards any practitioners,  whose commitment and the passion I admire. I am just trying to investigate the reasons of significante changes in the traditional Hung Kuen that I consider involutive and eventually leading to its irreversible denaturation.

I wrote “involutiive” and I mean it. From what I see  the essential and minimalistic Hung Kuen of Chan Hon Chung is turning into something artificially complicated if not baroquesque. The magnificent essentiality of the classic Hung Kuen action has been overhanged and distorted by formal superstructures not compatible with the classic art taught by master Chan Hon Chung.

Taking for granted the good faith of the practitioners, I have long considered the possible causes of this denaturalisation without being able to identify them, until a few days ago. The lighting came while training with a “nephew” whose execution of our famous “twin tiger claws” was not convincing. Asked to explain why he performed it that way, he replied with the traditional “the opponent strikes bla-bla, so I block with my bla-bla, then he strikes again bla-bla and I grab his arm bla-bla, then counterattack  bla-bla…”.

All of a sudden a bell rang in my head. I told myself: hey, but we are discussing a technique that is the most respected, beloved, iconic symbol of the Hung style and we must give for granted that if the opponent does not attack exactly as expected, our “double tiger claws” becomes useless. Are we kidding or what?

What I unconsciously already knew surfaced: the real issue is the desire to find rational, precise meanings of the forms. The “he strikes here, I block and counterattack there” approach produces a superstructure of movements coming from one’s personal martial experience and feeling. Although apparently logical and useful when trained in the gym, this stereotyped approach brings to a progressive, unavoidable modification of the form, eventually to a denaturation of the art. And – most importantly – it cannot work in a real fight.

When training a form, the advanced student should first understand the one and only deep meaning of each technique and perform it in its pure conceptual way. Let’s go back to our beloved “double tiger claws”: its ultimate meaning is the idea of throwing two or three palm strikes on the sides of the central line, at different levels and from different angles, defusing an attack and striking back at the same time, with the option of a grabbing and pulling followup. Following this idea, the correct way to execute the “double tiger claws” begins with an activation of the waist that produces the energy to launch the arms forward, in sequence. The different usage options in the real action should be investigated later, when training the form applications.

Identifying the ultimate essence of each technique and strictly focusing on it when training the forms produces an Hung Kuen that is simple, clean, economical,  faithful to the origins. This classic conceptual approach also opens a wider scenario of applications, bringing the practitioner to a more realistic and effective exploitation of his workout.

As usual, feel free to write for any further information about this matter.

To be fair to Kissinger, he built his career on negotiations telling ostensibly weaker powers they had to give up territory to make peace with larger ones. The Ukrainians will probably pay him as much attention as did the Vietnamese.

The man who kicked Russian ass for 86 days while wearing Crocs!! There is no badder mother fucker on this planet!! Hooah!!